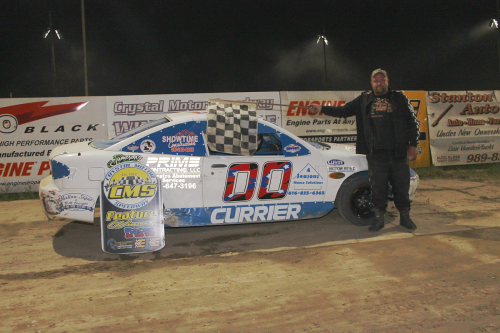 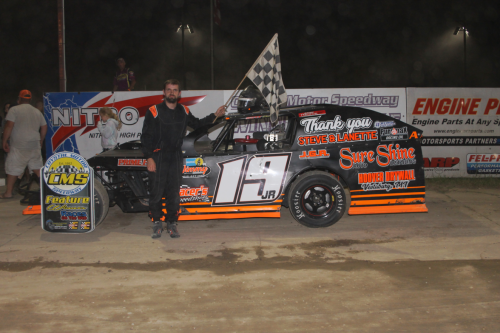 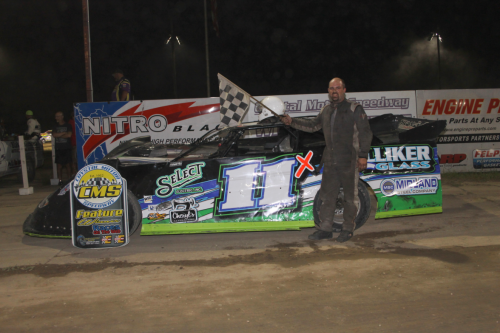 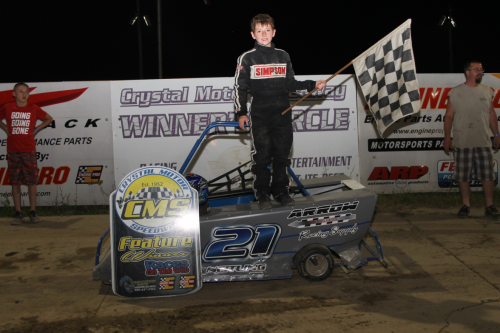 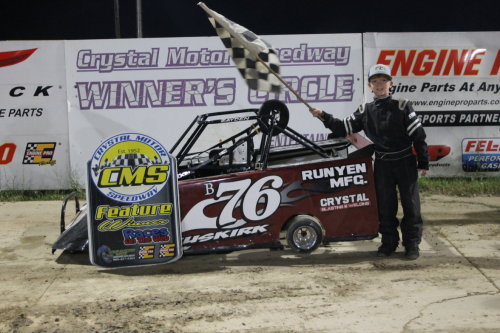 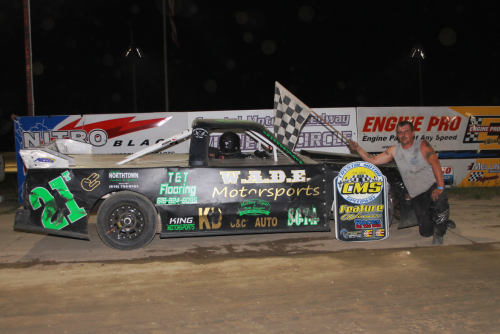 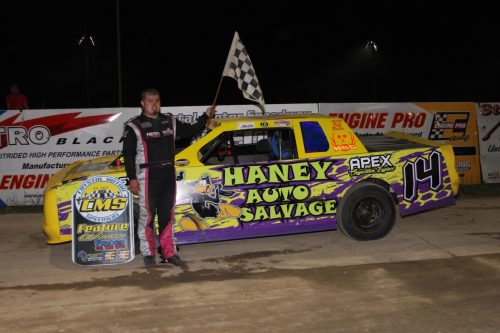 Twenty-four of the winged race machines in attendance.

In the SOD feature, it was Gregg Dalman of Bellevue picking up the win over Josh Turner of Hanover and Chad Blonde of Litchfield. Justin Adams of Gibsonburg, Ohio advanced to the feature by winning the B Main, with Chris Pobanz, Sebewang, Frank Neill, Vickery, Ohio, and Dalman picking up heat wins.

Ryan Lanphierd of Midland held off all comers as he picked up the win in the Kentucky Fried Chicken Late Model feature over Drew Wilkerson, Ravenna, and Kyle Borgman of Muskegon. Owosso’s Rick Gokee Jr. took the B Main with heats falling to Jack Emmons, Michael Archer of Jackson, and Lanphierd. In the points race, Midland’s David Hilliker holds a narrow lead over Scott Baker and Borgman.

Kody Johnson of Vestaburg walked a tight line to victory in the Lane Automotive IMCA Modifieds as he out-dueled two veterans for the win. Sheridan’s Chad Wernette and Myron DeYoung of Crystal were continually nipping at Johnson’s bumper but fell just short of the win. Preliminary heat events were picked up by Austin Wonch of Crystal and DeYoung. The season points race is tight with Wonch, and Mitchell Hunt tied for the lead with Brenten DeYoung just seven points back.

Mike VanderMark Jr. of Cedar Springs outlasted Ryan Alexander of Stanton and Dustin Weber of Riverdale to grab the feature in the Next Level Graphics and Design Street Stock event. Joel Field of Sheridan and VanderMark scored heat wins in an earlier competition. Alex Richards holds a fourteen point lead over Kevin Rohn and Mickey Currier.

In the Engine Pro Pro Truck feature, it was Tim Sooy adding another feature win over Curtis Rice of Muskegon and Rob Putt of Fenwick. Paul ‘Smoky’ Grosnickle of Lansing took the heat win. Rice holds an eight point lead over Vern Buskirk and eleven over Jim Beltz.

Mike Currier of Fenwick moved up from his tenth place starting position to win the Races On The Web Flinn Stock event over Matt Taylor of Greenville and Taylor Font of Lakeview. Currier and Justin Stahl of Greenville collected heat wins. Rusty Sowles maintains a fourteen point lead over Currier and Jason Barrus.

The Greenville Daily News sponsored Mini-Wedge class for beginners found Landyn Neitling of Saginaw moving up from his ninth place starting position to grab the win in the six to nine-year-old division win over Tim Painter Jr. of Coral and Crystal’s Jazzlyn Hale. Heat wins were picked up by Painter and Lucas Reed of Belding. Neitling holds a narrow two-point edge over Hale and six points over Eli Fellows.

Crystal’s Zayden Buskirk continued his dominance in the ten to fourteen-year-old division by winning over Corcoran Schmitz of Rockford, and Bryant VanderMark of Greenville. Buskirk also grabbed the checkers in his heat. Buskirk has built up a commanding forty-nine lead in the points race over Mikah Kurkowski and Lilyann Montgomery.

Next week at Crystal Motor Speedway is a full slate of all seven divisions. Gates open at 4:30, with racing starting at 7:30. Adult admission is $12, kids 5-11 are $5, and pit passes are $30. Further information can be found by calling the track office at 989.235.5200 or visiting the website crystalmotorspeedway.com