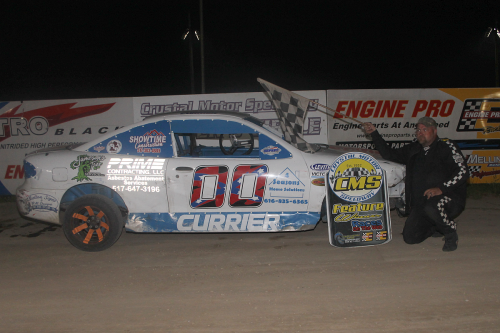 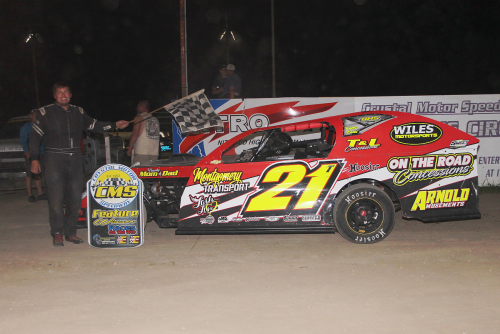 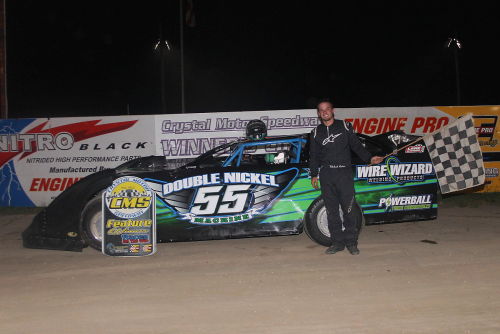 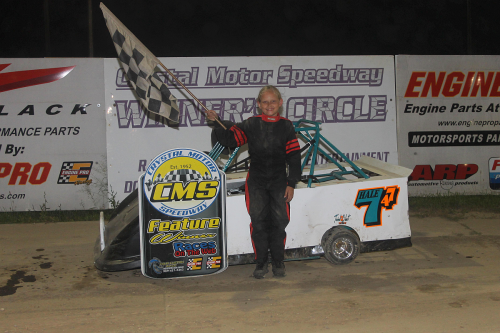 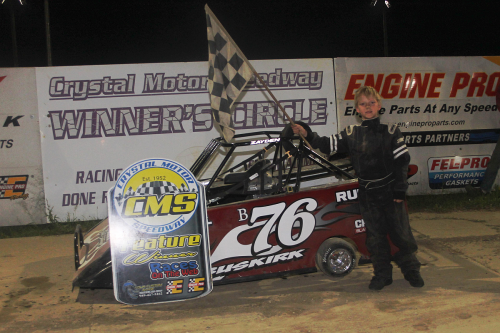 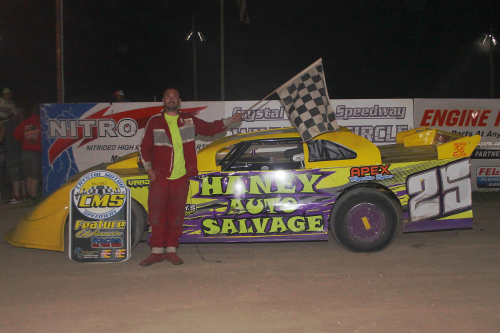 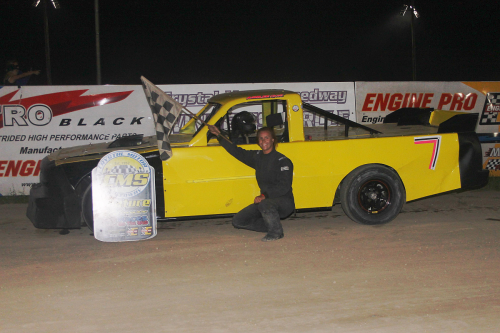 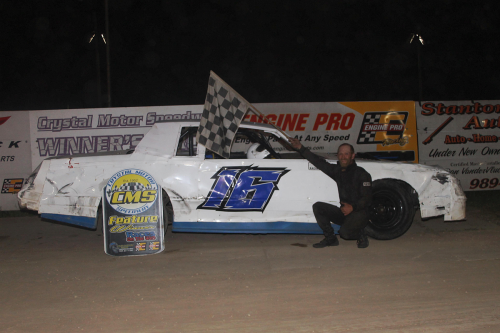 In the Kentucky Fried Chicken Late Model event, Michael Archer of Jackson held off a persistent Carl Ries of Blanchard to take his first win in the division over Ries, and Jack Emmons.  Midland’s Tyler Norton won the B Main while Montana Bupp, Stanton, Ries, and Archer picked up heat wins. In the season point’s race, David Hilliker leads Scott Baker by six and Josh Borton by eleven.

In a night that featured many hotly contested challenges for the lead and extremely close wins, the Engine Pro Pro Truck feature probably was the hottest. Vestaburg’s Ashlee Scott grabbed the early lead, but three well-seasoned challengers closely hounded her. Time after time, it appeared that Vern Buskirk, Stanton, Tim Sooy, Stanton, or Curtis Rice of Muskegon was going to be able to overtake Scott in the corners, but she was able to pull away coming out of the corner exits. Three of the four contestants of this battle had previously been division champions, bringing the crowd to its collective feet several times as the contest wore on. Despite last corner charges coming right down to the final flag, Scott took the win over Rice, Buskirk, and Sooy. Heat wins fell to Sooy and Scott. Rice holds a four-point lead over Buskirk and Jim Beltz.

The Greenville Daily News Mini Wedge divisions saw some excellent racing as Jazzlyn Hale of Crystal picked up the six to the nine-year-old event over Landyn Neitling, Saginaw, and Eli Fellows of Crystal. Heats were taken by Hale and Tim Painter Jr. of Coral. The points race is extremely close with Neitling and Hale tied for the lead with Fellows just three points back.

In the ten to fourteen-year-old class, Crystal’s Zayden Buskirk continued to dominate as he picked up the feature win over Lilyann Montgomery, Crystal, and Mikah Kurkowski of Sidney. Buskirk also picked up the win in his heat event. Buskirk holds a 46 point lead over Kurkowski and Montgomery in the season points battle.

Next week at Crystal Motor Speedway, the Sprints on Dirt return for their second engagement at the speedway. The Pro Stocks will take the night off. Gates open at 4:30, with racing starting at 7:30. Adult admission is $15, kids 5-11 are $5, and pit passes are $30. Further information can be found by calling the track office at 989.235.5200 or visiting the website crystalmotorspeedway.com