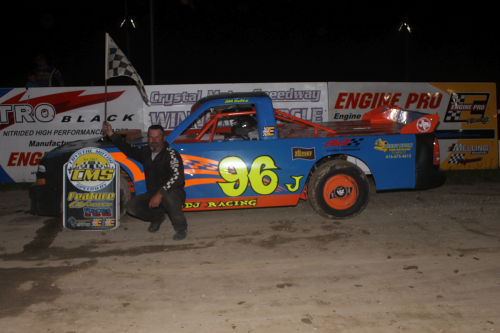 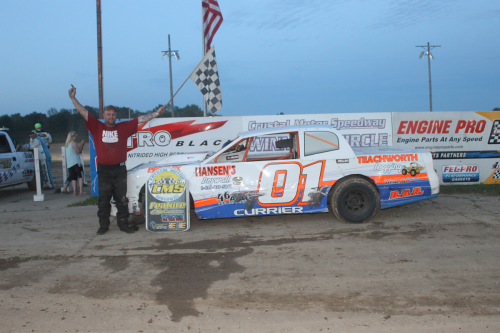 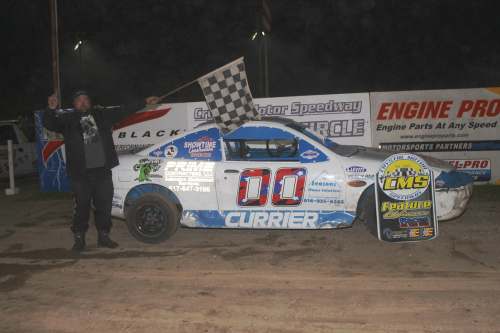 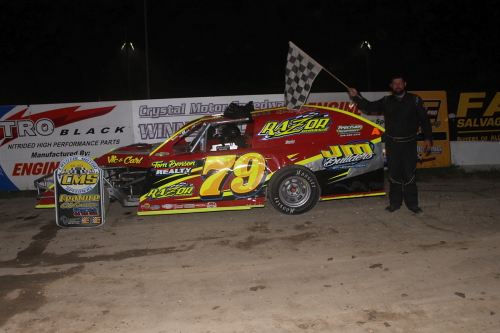 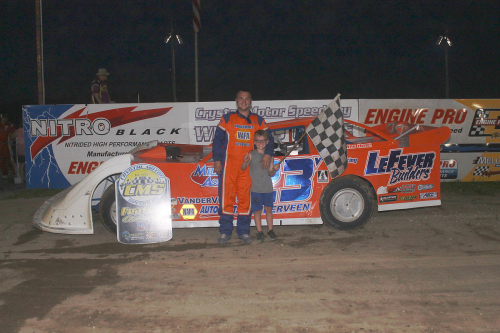 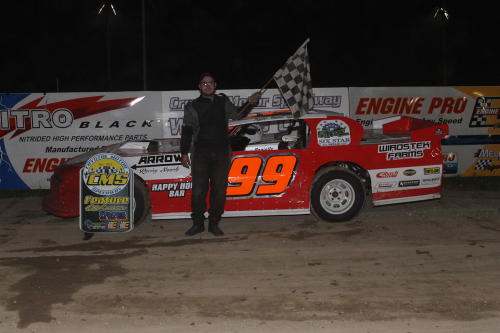 Fans of Crystal Motor Speedway kicked off their celebration of the Fourth a day early with a Wednesday night event that featured a fireworks display and a parade of area emergency vehicles to salute the men and women who protect the citizenry. Engine Pro of Grand Rapids sponsored the evening.

The Kentucky Fried Chicken Late Model feature became a duel of two titans of the sport as Ryan VanderVeen of Six Lakes battled Midland’s David Hilliker for the last twelve laps. When the checkered flag flew, it was VanderVeen picking up the win over Hilliker, and Josh Knoll of Lake. Ionia’s Scott Baker picked up the B Main win with heats falling to Jimmy Gallagher of St. Johns, Kyle Borgman, Muskegon, and Hilliker.

Mickey Currier of Sidney grabbed the win in the Next Level Graphics and Design Street Stock event despite good efforts by second-place finisher Steve Doty, Alma, and Eric Monk of Alma. Currier also scored a heat win as did Tom Harrison of Mulliken.

Fenwick’s Mike Currier added another feature win to his stat book as he held off Rusty Sowles of Greenville, and Justin Stahl, also of Greenville in the Races On The Web Flinn Stock division. Stahl and Currier also picked up heat wins.

The Engine Pro Pro Truck feature became a battle between Kyle Hunt of Bannister, Jeremy Spencer of Deford with Crystal’s Ryan Teeter just behind the front two in the event an opening should present itself. When the checkered flag finally dropped, it was Hunt getting there first over Spencer and Teeter. Greenville’s Derrick Dennis and Hunt scored heat wins.

Due to wet conditions in the infield, the Greenville Daily New Mini-Wedge beginner’s class was canceled. They will return Saturday night.
This coming Saturday night, July 6th finds all of the regular divisions on hand sponsored by CL Trucking and Excavating of Ionia. Gates open at 4:30 with racing at 7:30. Adult admission will be $12, kids 5-11 are $5, with pit admission at $30. Further information can be obtained by calling the track office at 989.235.5252 or visiting the website at crystalmotorspeedway.com