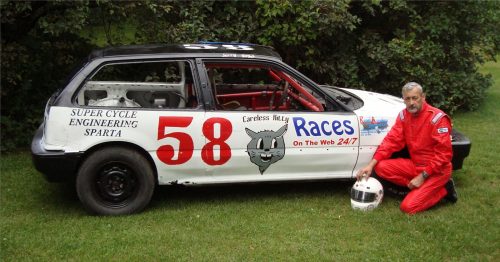 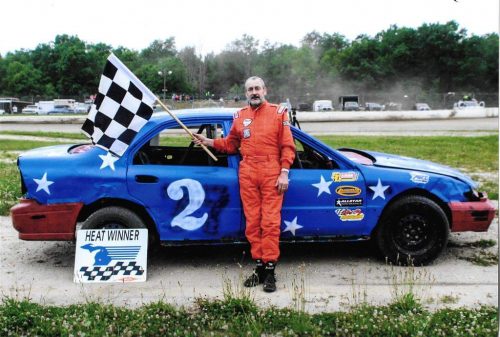 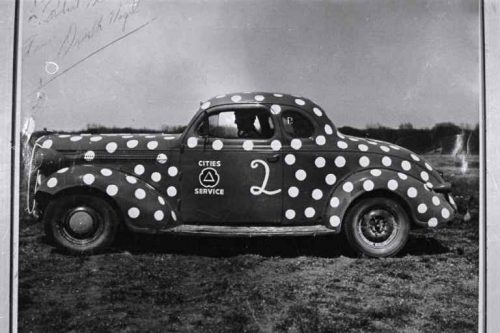 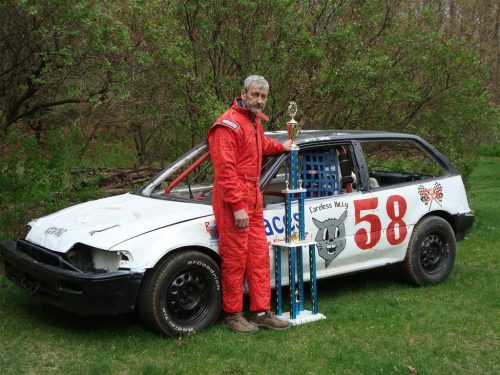 I Interviewed the Infamous Harley Farkle yesterday from Rockford,Michigan. Harley began racing in 1989 in the Street Stock Division at a dirt track called MidMichigan Raceway Park in Fenwick,Michigan.

Harley is 71 years young and his passion for racing is unmatched and his idea of racing is try to win if you can if possible if not then be spectacular! Harley feels that racing driver’s are entertainers as well as role models and idols for our kids growing up in the world of short track racing!

Harley worked for Industrial Tool and Machine based in Lowell,Michigan and was actually fired from there for missing work on a Monday Morning while racing at a track in Heidelburg,Pennsylvania in an event called the Pittsburgher 250.

Harley called the Four Cylinder Division home in 2009 for a few races until moving into the Street Stock Division in 1989 at Berlin Raceway. Harley has around 30 heat and B main features in his racing career.

Harley has raced at the following tracks Mid Mid Michigan Raceway Park,Orleans Raceway, Berlin Raceway, Crystal speedway, I-96 Speedway, Kalamazoo Speedway, Thunderbird Speedway and Winston Speedway. Harley grew up at the races taking photo’s each and every week before racing himself in his own car.

Harley really enjoys taking racing photo’s when visiting out of town racers invade his local tracks each weekend.Harley retired from racing in 2015 and missed out on the opportunity to run once at Winchester Speedway in Indiana.

Harley misses the racing fraternity and level of competition racing on the track! He would like to see all tracks have an injured driver’s fund and crash fund to help drivers keep racing after racing accidents.

I realized that Harley Farkle is very old school on his view of racing and I really enjoyed his racing stories of days gone by.

I would really like for him to write a racing column and tell everyone his racing stories that should be enjoyed by all racing fans! Thank You Harley Farkle for your hospitality in racing!