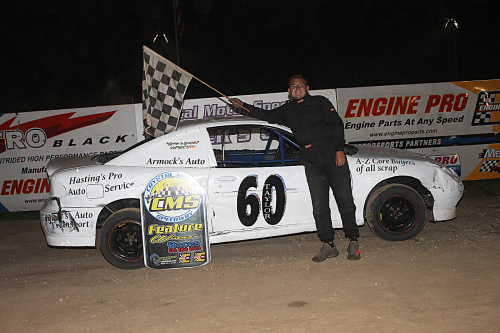 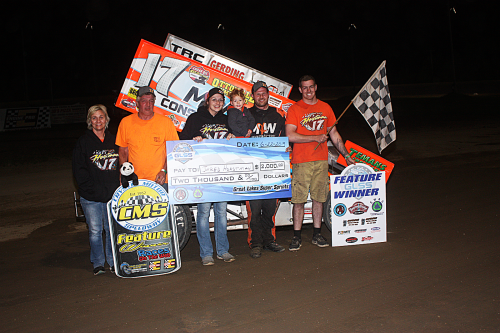 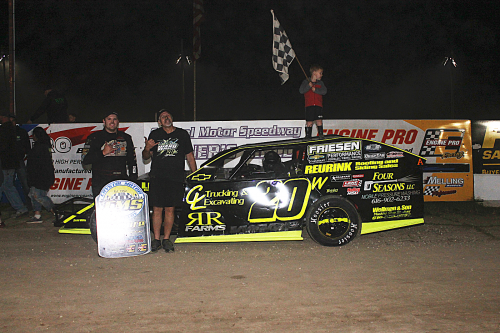 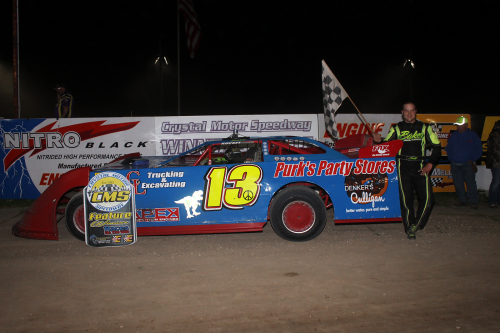 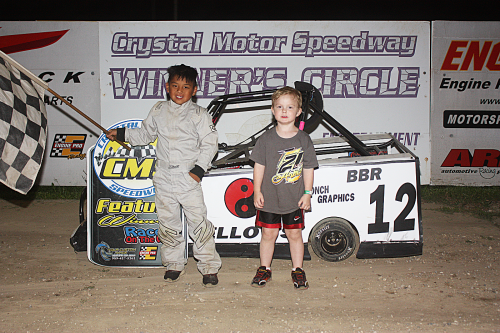 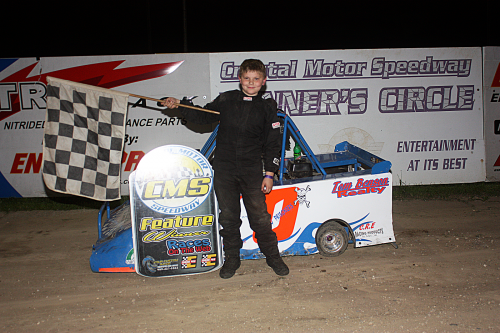 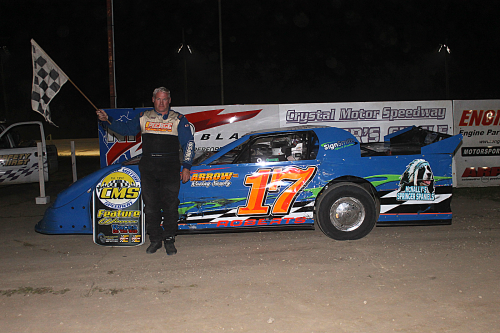 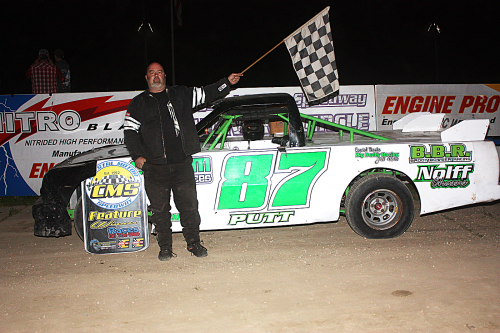 Saturday night at Crystal Motor Speedway was a busy night with 145 cars in the pits at the beginning of the night. Carson City Lumber sponsored the event.

The Great Lakes Super Sprints makeup feature that had been rained out in late May saw Jared Horstman of Cloverdale, Ohio picking up the win over Ayrton Olsen of Indianapolis, Indiana, and Phil Gressman of Helena, Ohio. Woodland, Michigan’s Kyle Poortenga scored the B Feature, with heats being taken by Danny Sams III of Englewood, Florida, Gregg Dalman, Bellevue, Gressman, and Chase Ridenour of Perry. Gressman set fast time with a lap of 12.304 seconds around the three-eighth-mile track.

In the Kentucky Fried Chicken sponsored Late model feature, it was Ionia’s Scott Baker who won the event after overtaking Montana Bupp of Stanton who had led the first twenty-five laps of the thirty lap feature. Carl Ries of Blanchard captured third place. Josh Borton of Crystal won the B Feature with heats being taken by Tom Dusen, Muskegon, Scot Church, Ithaca, and Amanda Wing of Middleton. The season points race is tight at this point with only five points separating the top three of Kyle Borgman, Baker, and David Hilliker.

The IMCA Lane Automotive IMCA Modified event was picked up by AJ Ward of Ionia. Chance Allen of Alma and Nate Jones, also of Alma rounded out the top three. Heat wins fell to Jones, Ward, and Austin Wonch of Crystal. In the season points race, Mitchell Hunt holds a twelve point lead over Brenten DeYoung and Wonch.

Greenville’s Matt Taylor grabbed the lead early on and never looked back in the Races On The Web Flinn Stock event as he held off a determined Draven Grosvenor of Crystal and Rusty Sowles of Greenville. Mike Currier of Fenwick and Sowles picked up the heat wins. Sowles holds a solid season points lead over Currier and Taylor.

Brad Roberts of St. Johns picked up the win in the Port City Racing Pro Stock feature. Roberts was able to take a commanding lead over the field during the entire event, fending off Kyle Hunt of Bannister and Ryan Teeter of Crystal. Teeter and Roberts also picked p heat events in the preliminary competition. The season points race is tight, with only four points between the top three of Bryan Hofbauer, Jeremy Spencer, and Hunt.

Rob Putt of Fenwick picked up his first feature of the season in the Engine Pro Pro Truck event over Vern Buskirk of Stanton, and Tim Sooy of Stanton. Heats fell to Curtis Rice of Muskegon and Buskirk. In the points race, Rice leads Jim Beltz and Buskirk by twelve points.

Next week at Crystal Motor Speedway is a full slate of all of the usual eight divisions. The previously rained out MARFC Night will also be observed on August 3rd.  The ‘Twin Flinn Race’ will be held next week. Adult admission is $12 and kids 5-11 are $5. Pit area admission is $30. Further information can be found by visiting the track website at crystalmotorspeedway.com or calling the track office at 989.235.5200.