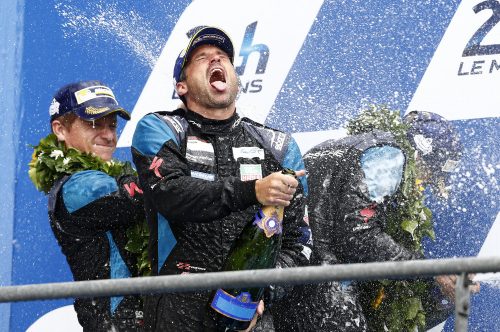 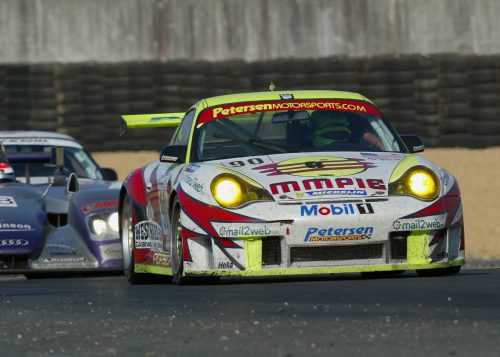 Los Angeles, CA and Le Mans, France – June 10, 2019 – With the conclusion of a successful pre-test for the 2019 24 Hours of Le Mans fading, and the drop of the green flag in sight, Porsche factory driver Patrick Long is closing in on a milestone. When the 2019 race starts, Patrick will take part in his 16th consecutive Le Mans, establishing a record for starts at the classic race by an American driver.

American drivers and teams have long held a fascination with the French race: Phil Hill, Carroll Shelby, Al Hobert, Hurley Haywood, Mario Andretti and Masten Gregory have all written chapters in the story of Yanks racing in France.

Since winning the GT class as a fresh-faced Works debutant in 2004 with the American team White Lightning Racing, Long has gone on to claim a second victory (2007), a pole position (2008), fastest race lap (2009) and a total of five podiums.

Three times (2006, 2011, 2012) Long drove at Le Mans with the American and perennial fan favorite team Flying Lizard Motorsports, and his three-year driver partnership with actor, racing driver and Dempsey Proton Racing team owner Patrick Dempsey would net Long his fourth podium finish at Le Mans – P2 in 2015. For Dempsey, a lifelong dream was realized, being able to climb the rostrum at La Sarthe as a Le Mans driver.

The media attention during the years when Dempsey and Long were teammates, particularly in 2013 (coinciding with the filming of the television miniseries Patrick Dempsey: Racing Le Mans) was intense, but Long famously gained admirers for a fracas with an aggressive group of photographers hungry to follow Dempsey into the car during a nighttime pit stop.

For 2019, Long will race in the GTE-AM class, driving for the 7th consecutive year with Dempsey Proton Racing. He’ll team with fellow American Tracy Krohn and Sweden’s Nic Jonsson for his 16th race start. Now, as ever, Long will be at the controls of a flat-6-engined Porsche racecar, looking to increase his tally of podium accolades at the most iconic endurance race in the world.

Patrick said, “I attended the 24 Hours of Le Mans in 2003 as spectator and thought it would be awesome to one time, one day, take part in this race. Never have I taken the privilege of racing in what is considered the Super Bowl of sports car racing for granted. To be heading there for my sixteenth consecutive start is something that still hasn’t sunk in. I’m not usually one to let my focus drift to stats, but this is a special milestone in my career. It’s all down to the prestige of the race and all of my heroes who have competed at Le Mans. In one aspect, it’s business as usual, but in another there will be a few moments to pause and digest what a cool opportunity I’ve had over the years with Porsche.”