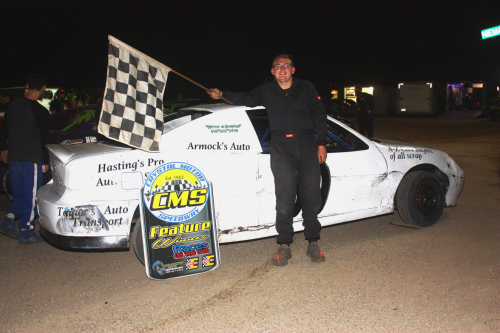 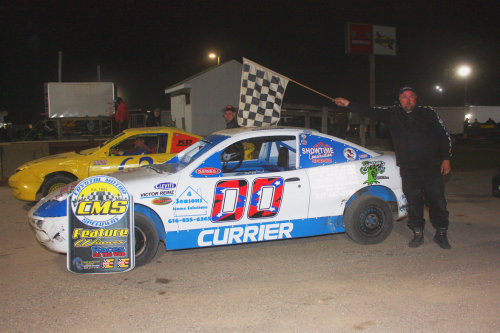 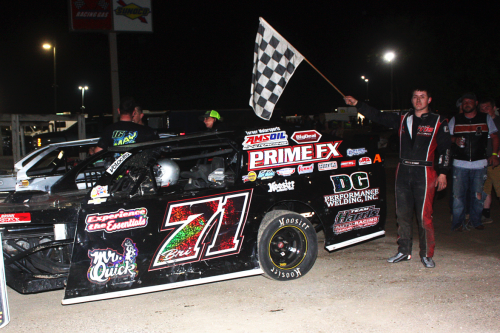 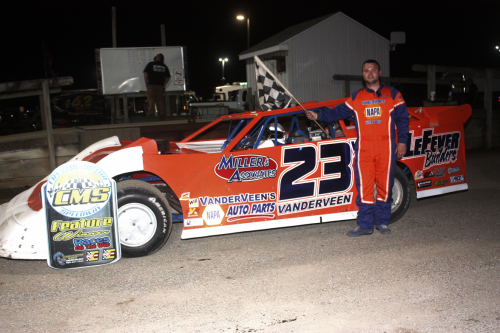 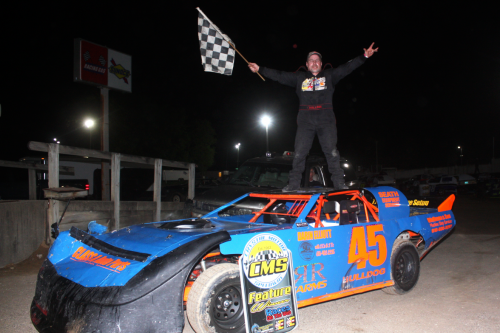 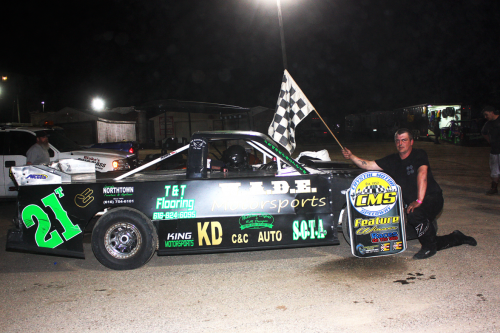 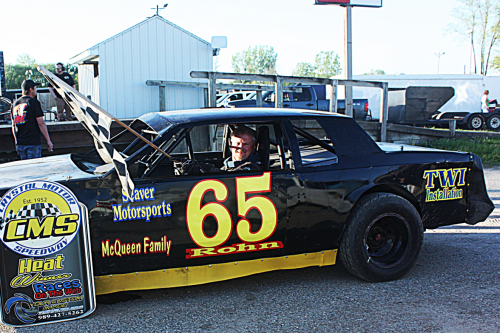 Memorial Day weekend is for honoring those who served America, and many families use the weekend to get together and celebrate the freedoms guaranteed by those who served and those who gave the ultimate sacrifice. Many of those families choose to spend their holiday camping at the Crystal Motor Speedway to enjoy two big nights of racing with 160 cars on the first night and 147 on the second.

In the Kentucky Fried Chicken Late Models, Ryan VanderVeen of Six Lakes put on quite a show as he held off Amanda Wing of Middleton, Josh Borton of Crystal, Kyle Borgman, Muskegon, and David Hilliker of Midland. Logan Arntz of Vestaburg and Derrick Hilliker, Midland,  picked up B Main wins with heats falling to Rachel Carpenter of Lainsburg, Wing, Garrett Wiles, Hubbardston, and VanderVeen.

The Next Level Graphics and Design Street Stock feature went to Sheridan’s Don Rohn who had Ryan Alexander of Stanton right on his tail. Ryan Nethers of Mt. Pleasant grabbed third, followed by Tim Wood, Edmore, and Doug McKeown Jr of Fenwick. McKeown had advanced by winning one of the two B Main events.  Mickey Currier of Sidney grabbed the other event. Rohn and Alexander also picked up heat wins along with Carson City’s Paul Malek and Alex Richards, Hubbardston.

The final event of the night was the Engine Pro Pro Truck that saw Tim Sooy of Stanton come home with the win over Curtis Rice, Muskegon, Jim Beltz of Kent City, and Kenny Dittenber of Carson City. Rice picked up the heat win.

In the Races On The Web Flinn Stock event, Fenwick’s Mike Currier took the win in a green, white checker event. Matt Taylor and Rusty Sowles, both of Greenville, rounded out the top three. Currier and Greenville’s Justin Stahl added heat wins to their resumes.

The next event of the evening was the KFC Late model division where Ryan VanderVeen of Six Lakes picked up another feature event, but not until he was able to catch and pass Greenville’s Ryan Kent. The two had run almost nose to tail for most of the event. Andy Sprague of Muskegon grabbed third. Kurt Mesman of Wyoming and Brennan Bowen of Sheridan both advanced by winning their B Main features. Heats were won by Carl Ries, Blanchard, Zack Olger, St. Johns, Megan Carpenter, Lainsburg, and Jimmy Gallagher of St. Johns.

The Port City Racing Pro Stock feature saw Brad Roberts lead every lap except the last one due to mechanical issues, giving the lead and the win to Aaron Raby of St. Lewis, followed by Bobby Lynn, Sheridan and Jeremy Spencer of Deford. Coleman’s Mike Husted and Roberts picked up heat wins.

A few seasons back, if you talked about Engine Pro Pro Truck division, you spoke about Ashlee Scott of Vestaburg. Scott took a few seasons off, but she ran exceptionally well Saturday night and dominated Sunday as she walked away with the feature, leading the entire event green to checker. Kolby Rohn, Sheridan, was second, followed by Saturday nights winner, Tim Sooy of Stanton. Scott and Vern Buskirk of Stanton picked up heat wins.

Next week at Crystal Motor Speedway is a full show plus the Hirams Lightning Sprints. Adult admission is $15, and kids 5-11 are $5. Pit passes are $30. Gates open at 4:30 PM with racing starting at 7:30 PM. Further information can be obtained by calling the track office at 989.235.5200 or visiting the website at crystalmotorspeedway.com