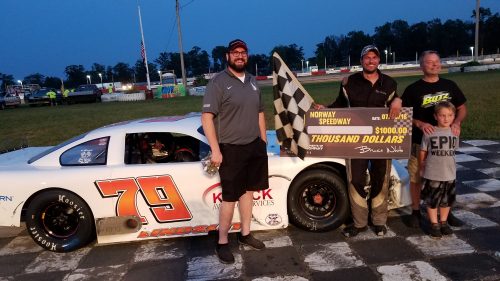 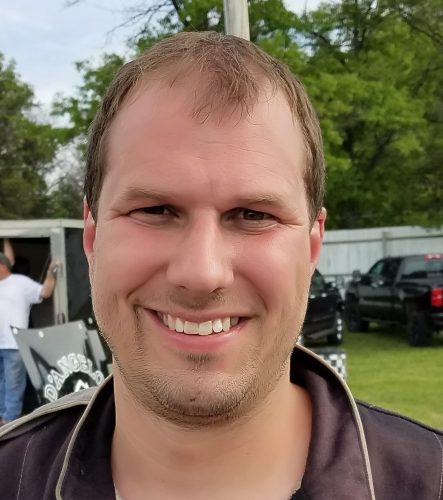 Lindsley was the last Michigan driver to capture the crown in 2014. Since then Bonduel, Wisconsin’s Dillion Kralovetz has won four straight titles.

The former Norway Speedway late model track champion has had his ups and downs since he last won the crown in 2014.

But the driver who cut his teeth racing in the track’s Slammer division finished off 2018 with a pair of late model feature wins. A week ago at Marshfield Motor Speedway Lindsley finished a solid second place out of 24 contestants in a race under the Central Wisconsin Racing Association (CWRA) sanction.

Lindsley is optimistic he can break Bonduel, Wisconsin driver Dillion Kralovetz’ streak of four straight late model titles at Norway’s third-mile, paved oval.  “My thoughts are that Dillion is a super clean driver and a great competitor,” Lindsley said. “He’s a great person and he knows how to win a championship. He goes into the race and sees the big picture. He never pushes the issue. I have it in my head that I must win the race and I normally end up screwing myself over with my lack of patience.”

Lindsley will have the same race car he won the title with in ’14 at his disposal. It’s a Lefthander Chassis. He’s also got an ace-in-the-hole for a crew chief in Mike Butz. Butz was a car owner/crew chief for NASCAR Winston Cup champion Matt Kenseth and Terry Baldry at Wisconsin International Raceway in Kaukauna, Wisconsin. “I’ve learned a ton of stuff from Mike Butz,’ Lindsley admitted. “To have somebody there that can watch the car can listen to the feedback I give him. We just click.”

In 2018 Lindsley admitted he and Butz were chasing a wide array of different setups week-to-week. “It was during the Stateline Challenge when we finally figured something out but we got caught up in a wreck,” Lindsley admitted. “When we came back after that wreck the car was fast and we won two features right away.”

When it comes to naming his chief challengers for this upcoming title chase Lindsley puts Kralovetz at the top of the list. “Dillion is just so smooth and is great at staying out of trouble,” Lindsley said. “I’ve only seen him tear the front end off of his car maybe once in all the years I’ve run with him. That’s the kind of stuff it takes to win a championship. Patience and a bit of luck sometimes helps. If (Robby) Iverson can get things figured out he’ll be tough too. And you can never count out a guy like Tom Lindquist who’s won features and run near the front the past couple of years too.”

A total of 17 events are scheduled with things getting started Saturday, May 18 with a car show at Recreation Lanes in Iron Mountain 11 a.m. to 2 p.m. CST followed by a practice session at the track from 3 p.m. to y7 p.m.

Weekly Friday night racing kicks off Friday, May 24 with the grandstand opening at 5 p.m. Time trials begin at 5:45 p.m. with the first green flag of the ’19 season flying at 7 p.m.

Please continue to check Norwayspeedway.com for updates as well as the track’s page on Facebook.