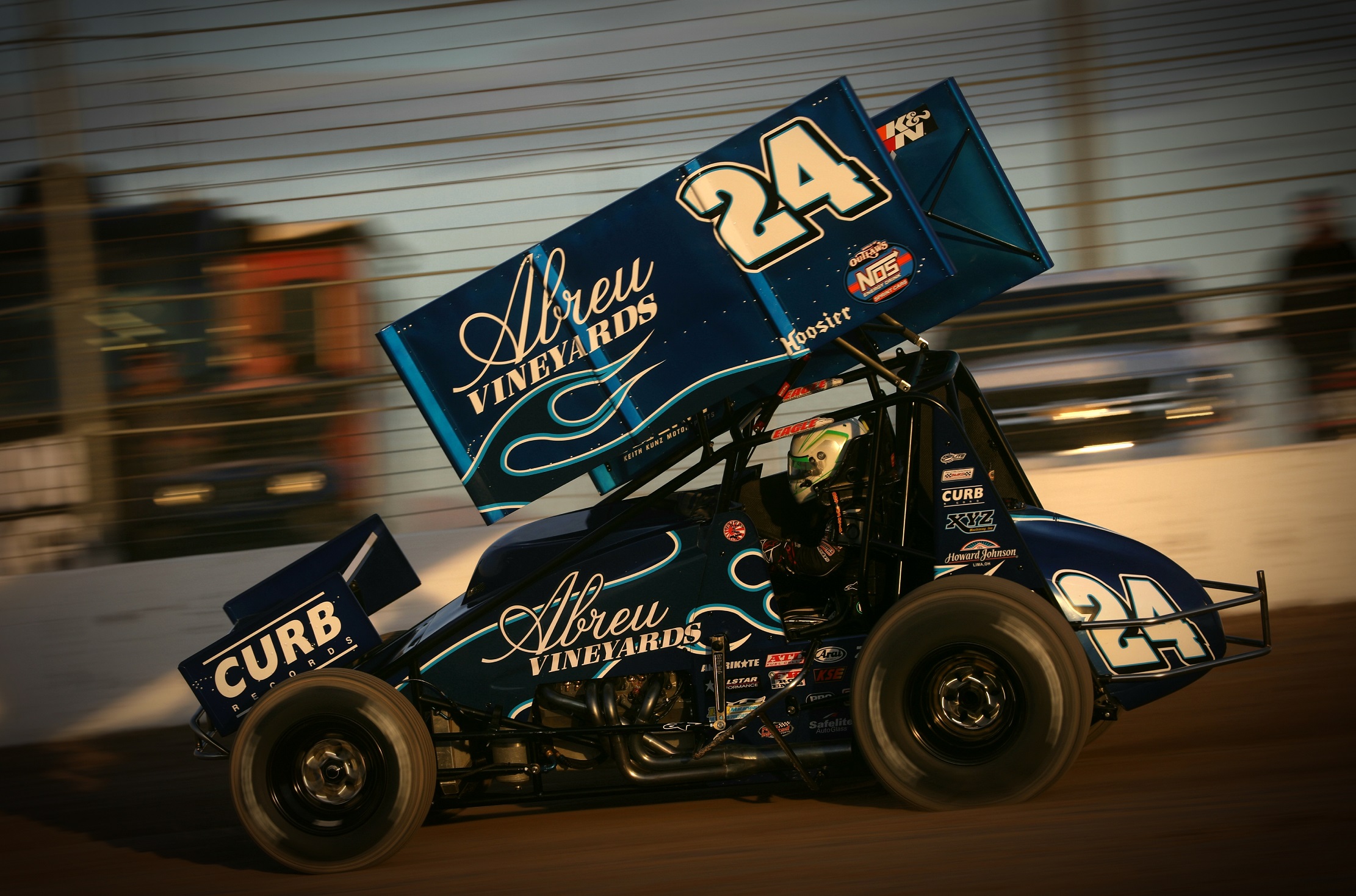 ST. HELENA, Calif. (March 4, 2019) – For the first time in 2019, St. Helena, California’s Rico Abreu entered competition against the World of Outlaws Sprint Car Series, joining the Greatest Show On Dirt for a pair of starts at The Dirt Track at Las Vegas on Wednesday and Thursday, February 27 & 28.

Although his visit ended on a frustrating note, Abreu, driver of the Rico Abreu/Curb Agajanian Racing/Abreu Vineyards/Curb Records/Lucas Oil Products/Southern Pacific Farms/Priority Aviation/No. 24 sprint car, highlighted his week in Sin City with a top-five performance on Wednesday, February 27. The former World of Outlaws winner finished fourth to earn his notch in the top-five column, climbing ahead from the outside of row four.

“It wasn’t a bad week for us. Obviously, we were disappointed with how things ended on Thursday. We just had a hard time moving forward. Regardless, we’ll take the good with the bad and keep working hard,” Rico Abreu explained. “Fortunately, we have a lot of World of Outlaws starts on the calendar during the next few weeks. The intent is to build some momentum and hopefully get that first win of the year very soon.”

Utilizing a restart with just nine laps recorded, Abreu was as high as second on Wednesday night before a bobble in turns one and two forced the five-time winner in 2018 to surrender several positions. Eventually solidifying his place back inside the top-five, Abreu secured his fourth place finish with just two laps remaining, stealing the spot from fellow Californian native, Gio Scelzi.

Unfortunately, Rico Abreu’s top-five momentum did not make the shift into the Thursday night program. After missing a transfer spot in the heat race, Abreu was unable to make up any ground during the consolation B-main, ultimately settling for a tenth place finish after starting in the exact same position.

Up next on the schedule, Rico Abreu and Rico Abreu/Curb Agajanian Racing will continue to follow the World of Outlaws campaign trail and visit the Thunderbowl Raceway in Tulare, Calif., on Friday and Saturday, March 8 & 9. Abreu is certainly no stranger to competition at Thunderbowl Raceway when the Greatest Show On Dirt is in town, highlighting his 2018 efforts with a tenth place finish on Friday, March 9.

If all goes according to plan, Abreu will not only join the World of Outlaws during the two-day Thunderbowl venture, but the native of Napa Valley will also enter the King of Thunder 360 Sprint Car Series portion of the weekend program on Saturday.