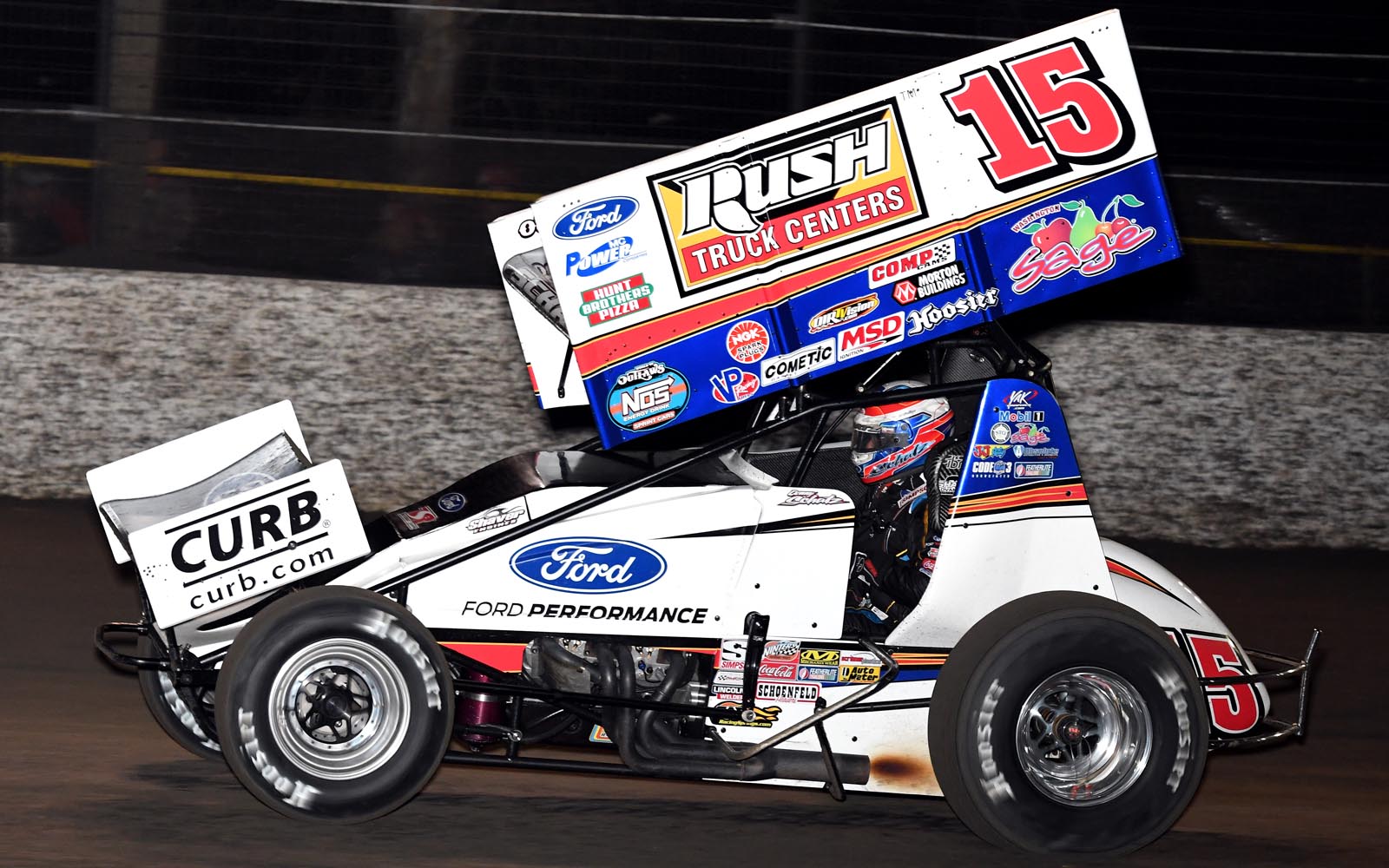 BROWNSBURG, Ind. (February 12, 2019) – Although put to the test early, forced to battle through a pair of B-main starts against the All Star Circuit of Champions to officially kick off his 2019 American sprint car campaign, Fargo, North Dakota’s Donny Schatz lived up to his expectations and performed in a big way, earning four-straight top-ten finishes, one of which a podium run against the Greatest Show On Dirt.

Despite qualifying below par and failing to transfer through each of his respective All Star heat races, Schatz maintained his composure and rallied for hard charger-worthy performances, ultimately finishing second during each B-main and climbing a combined 31 positions during feature competition; 22nd to fourth on Wednesday and 22nd to ninth on Thursday. Impressive enough, Schatz performed his passing display with the help of only one feature caution in two days.

Once All Star competition was complete, the World of Outlaws Sprint Car Series took center stage at Volusia Speedway Park and opened their 2019 season with a trio of events on Friday through Sunday, February 8-10. Although the weekend was eventually cut short one day, losing to a persistent Mother Nature on Sunday, Donny Schatz took advantage of the World of Outlaws opener and earned back-to-back top-five finishes, highlighting the weekend with a third place performance on Saturday. Taking shape during a caution-free 30-lapper, Schatz’s podium result started from the inside of row four.

The ten-time and defending Series champion kicked off his World of Outlaws Sprint Car Series season with a fifth place finish on Friday; an impressive result that commenced from the outside of row five. In consistent fashion, Schatz earned each of his A-main starting positions by finishing third during his respective heat races.

“It was a solid start to our season. I don’t think we’ll ever be satisfied unless we are on top at the end of the night, but regardless, this was a great team effort,” Donny Schatz said, who will hunt for an 11th World of Outlaws title in 2019. “I’ve said it countless times, but I’m privileged to be able to work with the best crew in racing. We put ourselves in some holes during the early part of the weekend, but we rebounded and that’s important. I’m already looking ahead.”

Donny Schatz and Tony Stewart Racing will continue their 2019 World of Outlaws championship chase with a pair of starts in Texas, first visiting Cotton Bowl Speedway in Paige on Friday, February 22.

Following his visit to Paige, Schatz will make the trip to Kilgore for a one-night stand at LoneStar Speedway on Saturday, February 23.

Although the LoneStar trip was plagued with wet weather in 2018, the Cotton Bowl Speedway visit was eventually contested but postponed from its original February date to late-April; Schatz finished ninth.

ADDITIONAL MEDIA:
Fans are encouraged to follow the progress of Donny Schatz, Tony Stewart/Curb-Agajanian Racing and the No. 15 Rush Truck Centers/Ford Performance/Curb Records/Sage Fruit/Absolute Automation & Security/J&J Auto Racing motorsports team on the Web and on social media. More information can be found atwww.tonystewartracing.com, as well as atwww.donnyschatzmotorsports.com.