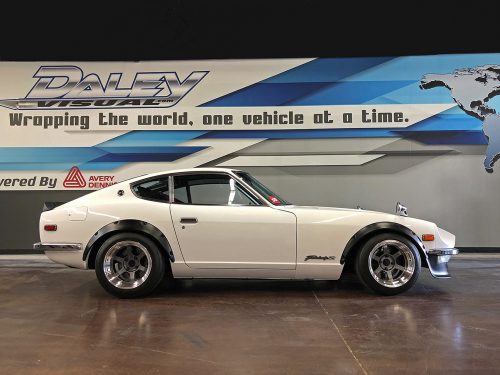 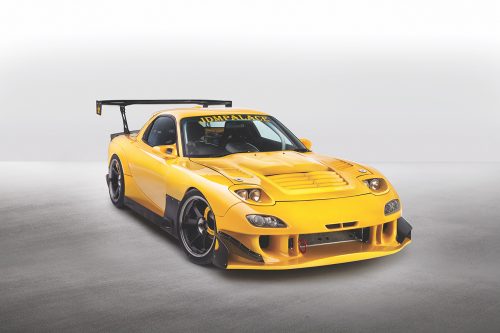 ENEOS TO DISPLAY A HOST OF JDM LEGENDS TO SEMA 2018

ENEOS – a division of JXTG Nippon Oil & Energy and the “Original JDM Motor Oil” – is proud to display a collection of Japan’s finest sport compact cars in its booth #24313 in Central Hall at SEMA 2018, as well as in outdoor feature car spots.

The cars were chosen to represent the ENEOS brand, which is born from the company that has provided OE-fill motor oil to the majority of Asian car manufacturers for decades. As the consumer brand for the parent company, JXTG Nippon Oil & Energy, ENEOS is focused on bringing the finest, cutting edge products to automotive enthusiasts, for street and racing applications.

The cars that represent ENEOS at SEMA include the following:

Like many Japanese classics, the 240Z is currently enjoying a renaissance and ENEOS has captured one of the most popular examples for its SEMA booth. Sport compact fans will recognize this example from the hit Velocity TV show, JDM Legends, as well as the cover of Super Street Magazine. The resto-mod favorite has been tastefully restored and upgraded by Utah-based JDM Legends. The company specializes in the importation and restoration of Japanese classics and the 240Z is typical of its work.

The car belongs to Daniel Song, who initially attempted to complete the work himself but a busy schedule encouraged him to seek the help of Eric Bizek at JDM Legends. The collaborative result is a stunning sports car with a later and more powerful 2.8-liter, six-cylinder powerplant. It sports twin carburetors and a retro-styled exhaust system to create the sight and sound of a period correct Datsun. The pair also spent countless hours sourcing rare parts to create a fan favorite.

For SEMA 2018, the 240Z has received a special livery courtesy of ENEOS Motor Oil, which pays tribute to one of its illustrious predecessors. It will be revealed in the ENEOS booth #24313 in Central Hall when the show opens on October 30 at 9AM.

Appearing in the ENEOS outdoor feature car display area V31 (between SEMA North and Central Halls) is another JDM classic. The RX-7 RE-FD3S was selected by readers and staff from Super Street Magazine in a recent online contest supported by ENEOS.

Readers of Super Street were invited to submit their cars to the contest. The winner, Sean Shokouh, was not only invited to display his car at SEMA but also received an expenses-paid stay in Las Vegas for SEMA 2018.

When sifting through the hundreds of submitted cars, judges from Super Street and ENEOS were looking for a car that typified the JDM spirit that both brands represent. After narrowing the selection down to a top ten and inviting its readers to vote for their favorite, Sean’s RX-7 was selected as the winner.

“We are delighted to display such an extraordinary example of what the JDM scene represents,” said Motoshi Sunami, CEO of JX Nippon Oil & Energy, USA. “Sean’s car was a worthy winner and we’d like to thank everybody at Super Street who helped to select it for our display at SEMA 2018. We hope SEMA visitors will enjoy seeing it as much as we do.”

Displayed alongside the RX-7 in the ENEOS outdoor feature car display area V32 is the Evasive Motorsports Scion FR-S. It arrives fresh from its Time Attack win at the Gridlife South Festival at Gingerman Raceway.

Driven by 2011 Formula DRIFT Champion and ENEOS team driver, Daijiro Yoshihara, the FR-S won Gridlife’s Unlimited RWD Time Attack class. There is no doubt Dai possesses the ability and experience to dominate in competition, and the stroked 3.4-liter 2JZ engine takes all his considerable skill to master. Boosted by approximately 750hp with a Garrett GTX4292R, the engine is mated to a Samsonas sequential transmission for rapid shifting.

In its distinctive ENEOS livery, many enthusiasts mistake the FR-S for Dai’s Subaru BRZ drift car. This is partially because both cars feature widebody conversions which, in the case of the FR-S, is a combination of Rocket Bunny, APRPerformance and Seibon carbon fiber.

Built and prepared by Evasive Motorsports, Dai will continue to pilot the ENEOS-sponsored FR-S in Time Attack and other events during 2019.

All JDM enthusiasts are invited to visit the ENEOS booth #24313 in Central Hall during SEMA week. It will feature the latest ENEOS motor oils and transmission fluids, including the ENEOS Racing Series oils for amateur and professional drivers, as well as the newest developments for hybrid vehicles.

For more information about ENEOS activities at SEMA 2018 visit www.eneos.us

Reducing the viscosity of motor oil without losing performance and protection is another long-term project, which is conceived in collaboration with OEMs and assists global standards organizations such as the American Petroleum Institute. Working closely with racing teams and their OEMs to create engine oils that provide a “secret advantage” for the driver is another ENEOS activity.

JXTG creates high-performance products that are trusted for factory fill by the world’s largest automotive manufacturers.