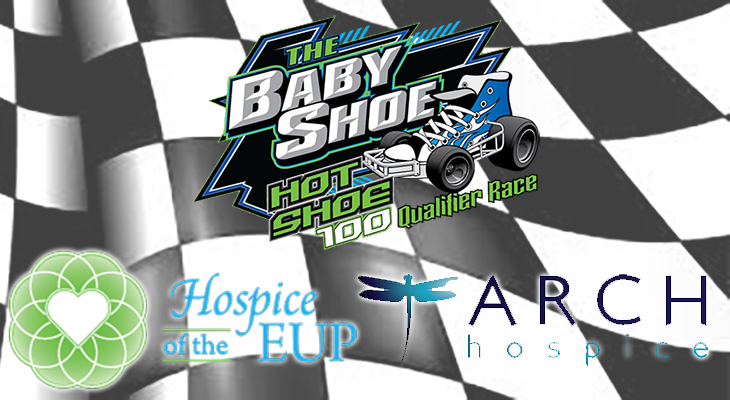 Local short track racing at the Kinross Speedpark is about fun, family and entertainment.

But this coming weekend, activities both on and off the track, take on another purpose for their third event of the 2018 season.

Time trials begin at 1 PM with racing action to follow at 3 PM.

Along with the local short-track racing on-tap, track organizers are excited to present an event that will raise funds to support hospice facilities on both sides of the St. Mary’s River – Hospice of the EUP and ARCH Hospice.

On the track, racing action will see a Modified Division special paying $1000 to win while locking the feature winner into the 5th Annual Hot Shoe event to be held later this summer at Whittemore Speedway (www.hotshoe100.com)

A full show of ABC Stock Cars and Four Cylinders will also be a part of the events.

Speaking of kids, the youngest race fans will have a chance to win one of fourteen (14) remote control cars that will be given out throughout the afternoon plus other fun activities for the youngest fans.

To get to Kinross, take exit 378 off the I-75 and following the signs to the Chippewa County Fairgrounds.