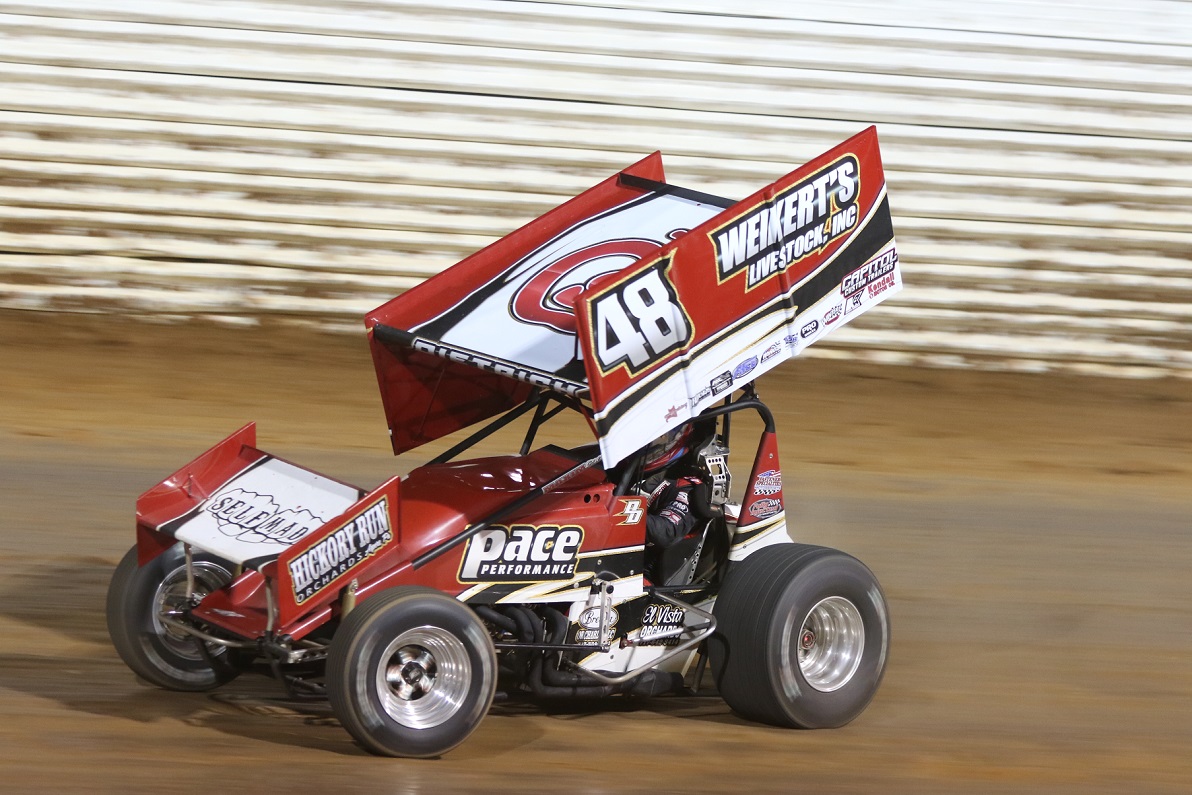 GETTYSBURG, Pa. (June 4, 2018) – Danny Dietrich’s last minute decision to bypass his plans to visit Lernerville Speedway with the All Star Circuit of Champions and join the field at Williams Grove Speedway turned out to be worth $4,100, not only winning main event action at the world famous paperclip, but doing so from the inside of row four.

“Williams Grove Speedway really stepped-up this week and gave us a track we could race on. Hats off to them for making that happen,” Dietrich explained, driver of the Gary Kauffman Racing/Weikert’s Livestock/Sandoe’s Fruit Market/Pace Performance/Gsell’s Whitetails/Hickory Run Orchards/Drop Of Ink Tattoo/Sweeney Cars/Self Made/No. 48 sprint car. “The original plan was to head over to Lernerville and join the All Stars, but the weather forecast wasn’t friendly enough for us to make the trip. Staying home worked out for the better. We have a lot of racing this weekend. I’m excited to get started.”

Danny Dietrich and Gary Kauffman Racing will continue their 2018 campaign with a four-pack of starts during the upcoming weekend including three against the All Star Circuit of Champions in the state of New York. “Double-D” will jumpstart the weekend with a trip to BAPS Motor Speedway near York Haven, Pa., for the Kevin Gobrecht Classic on Thursday, June 7.

Once action at BAPS Motor Speedway is complete, Dietrich will set the GPS for the Empire State, anxious to join the All Star Circuit of Champions for a trio of starts on Friday through Sunday, June 8-10. Dietrich will join Tony Stewart’s All Stars at Outlaw Speedway, the “New” Stateline Speedway, and Weedsport Speedway, respectively, chasing three consecutive $5,000 paydays. The Gettysburg, Pa., native will enter the weekend with four top-ten finishes against the All Stars thus far in 2018.