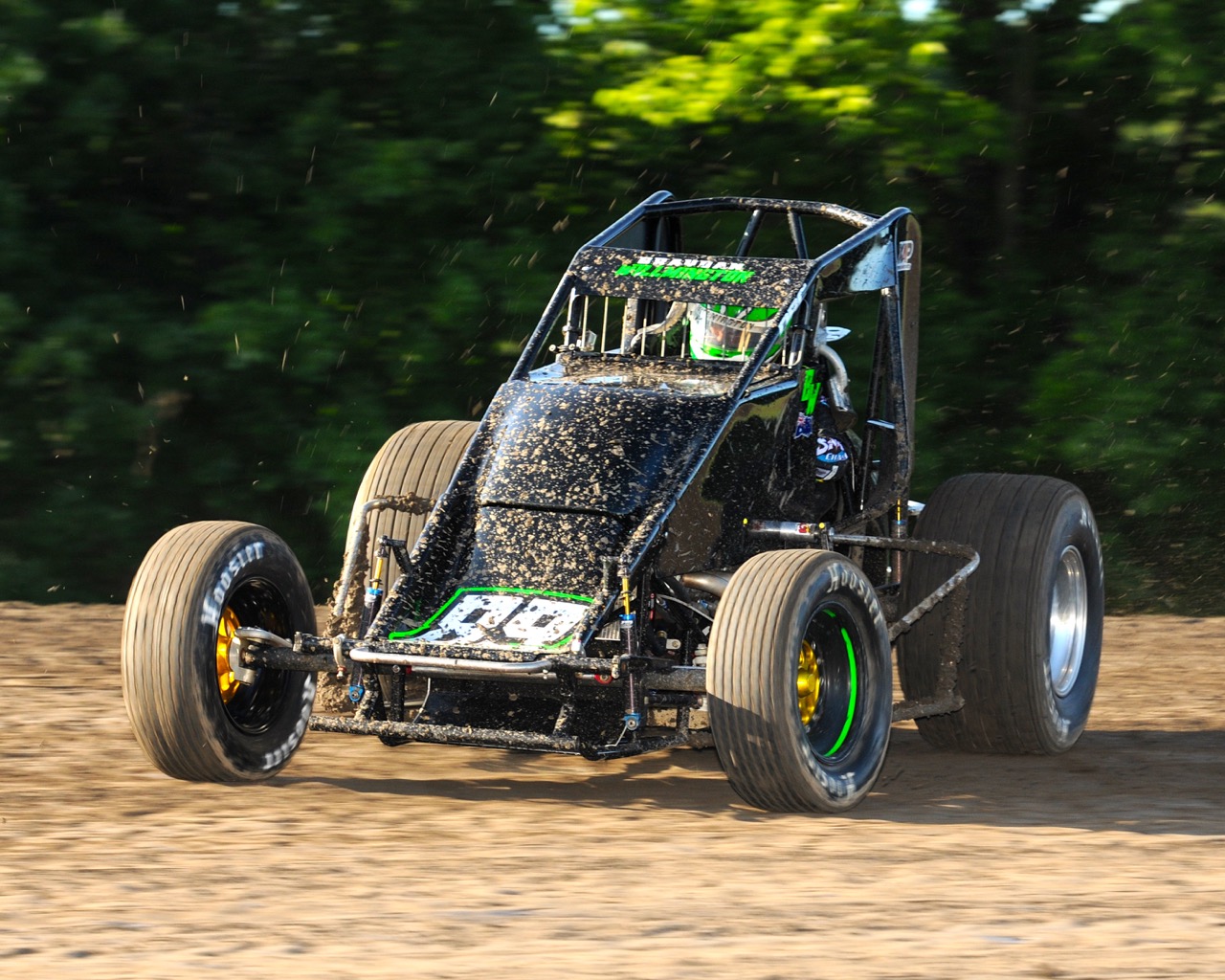 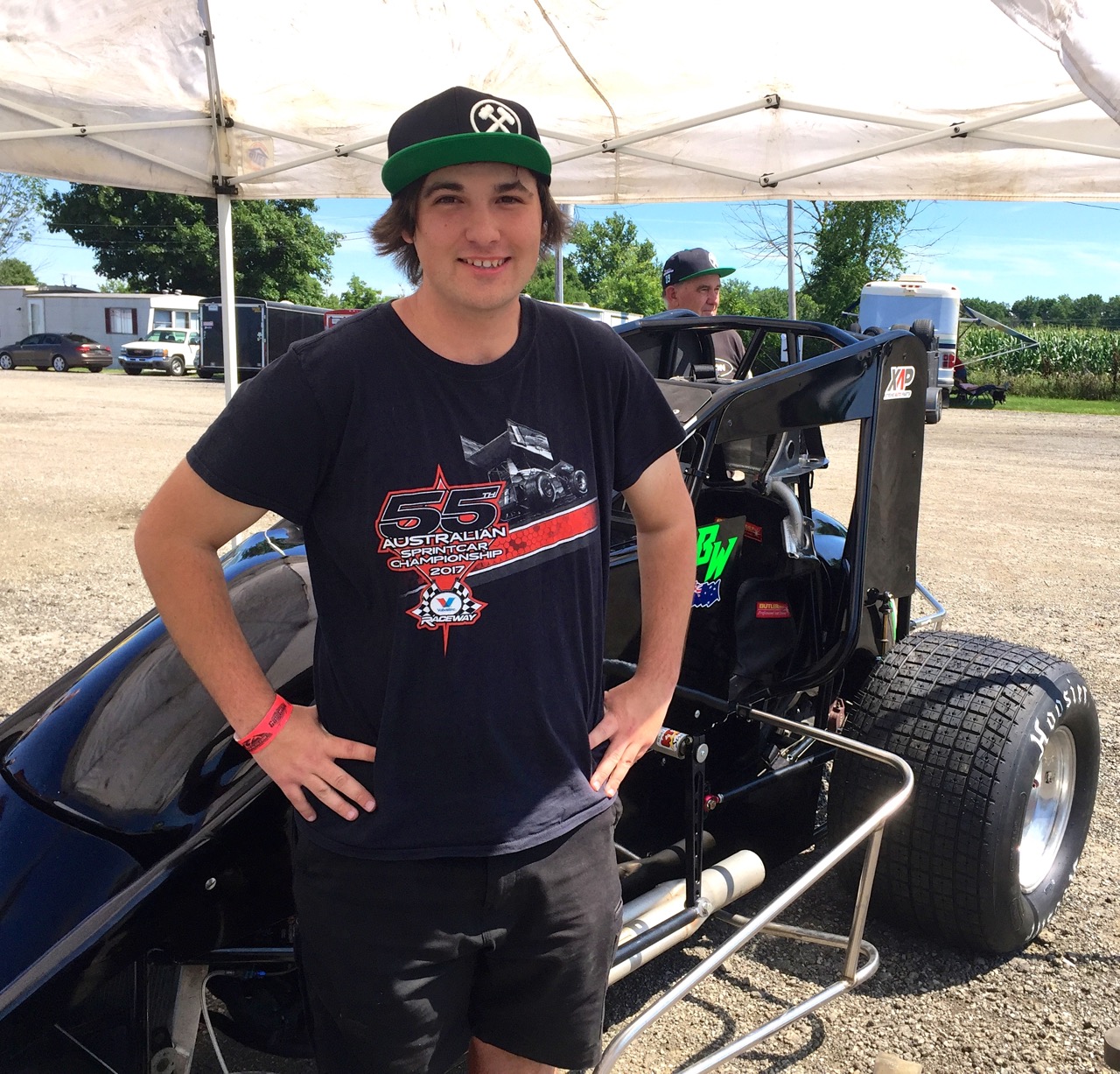 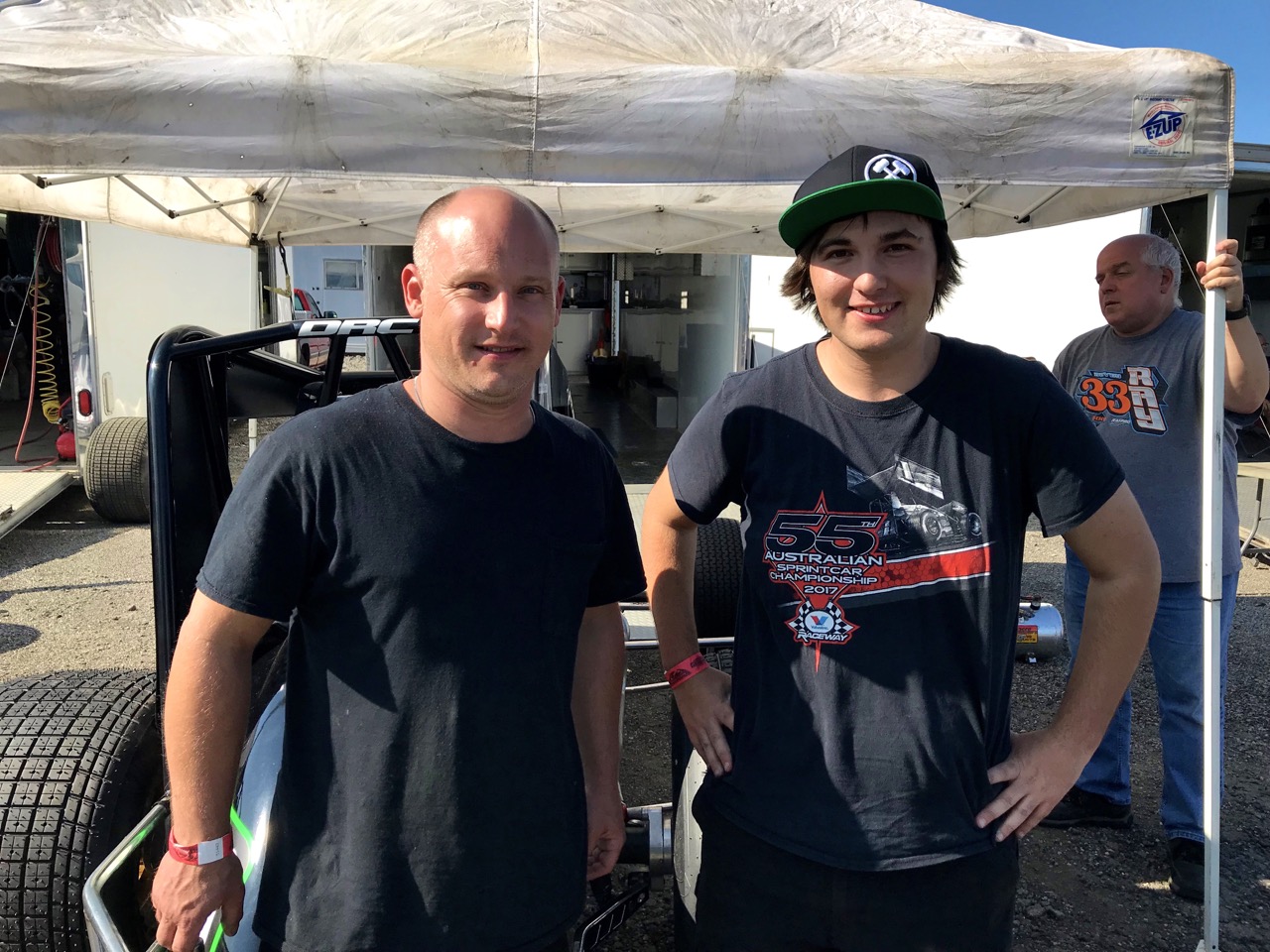 (This feature is attached as a Word docx and as a pdf file. Three photos of Willmington taken Friday at Gas City are also attached.)

First, he took his first airplane flight that was longer than an hour when he made the 15-hour flight from Sydney, Australia, to Dallas-Fort Worth and then the three-hour flight from DFW to Indianapolis International Airport.

Visiting America was another checkmark. That started in earnest when he landed at IND on Saturday night, June 30, at 10 p.m.

And a third big one was checked off when he made his first start not only in an American auto race but also in a non-wing sprint car last night at Gas City I-69 Speedway.

“I’ve been watching the Facebook live posts from the track this year, and when the USAC cars come here I watch the races through the on-demand video streaming,” he said. “I just love these cars.”

Willmington has been racing midgets (which are called speed cars down under) for the last four years, and he’s run a 410 winged sprint car in Australia for the last two years. To date his biggest accomplishment in racing was a midget feature victory at Sydney Speedway on Dec. 28, 2015.

The non-wing sprint car he tackled on Friday was a completely new experience for him.

The trip is the result of a friendship he has with veteran Indianapolis-based racer Davey Ray, which began in 2015. “I’ve known of Davey for a lot longer though,” Willmington said.

“I got to know Davey when we raced against him in midgets in Australia,” he explained. “I told him I wanted to come to America and race, and we worked it out.” Willmington’s father, Garry, accompanied him on the trip.

Willmington drove one of Ray’s race cars Friday night at Gas City — a bright black DRC chassis with a Ray-prepped (RayPro) Chevy engine that carries the No. 89.

“We’ve known each other a while through racing,” Ray said in the pits before the races started Friday night at Gas City. “He wanted to do some midget racing, and I put this program together for him so he could run both midgets and sprints. This is his first race he’ll be competing in in America, and if everything goes well we’ll be back here next Friday night as well as race at Kokomo, Montpelier, and Plymouth before he goes home on the 22nd of July.”

Willmington took to Gas City I-69 Speedway like a koala takes to eucalyptus leaves. He finished second in his heat, and earned the sixth starting spot in the 25-lap feature. He was the only driver to run the high groove in the main event, he had several stirring battles, and with four laps to go he was third. He got a little too high on lap 23 and almost disappeared off the backstretch, but regrouped and brought his car home for an impressive fifth-place finish.

Was it all he thought it would be?

“It sure was!” Willmington said afterwards. “These cars are awesome, and the Gas City Speedway team did a great job with the track all night. I had so much fun, and I can’t thank Davey enough for the opportunity!”