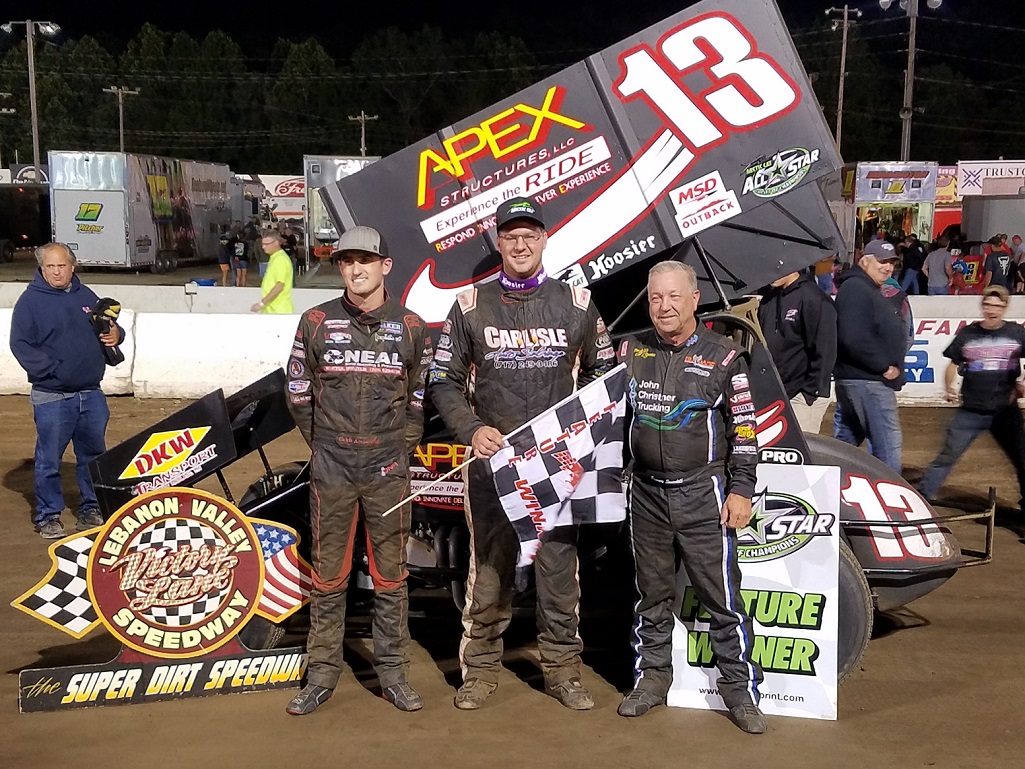 GETTYSBURG, Pa. (May 14, 2018) – Danny Dietrich’s runner-up performance during the Outlaw Tune-up at Williams Grove Speedway was a near-perfect transition into the upcoming segment of his schedule, now aiming ahead to challenge the World of Outlaws Craftsman Sprint Car Series on three occasions in four days. Dietrich, a multi-time winner against The Greatest Show On Dirt, will kick-off his stretch of World of Outlaws competition with the Gettysburg Clash at Lincoln Speedway on Wednesday, May 16.

“I’m excited to race more. We’ve had a lot of racing get washed out, so hopefully we get a dry spell and we can get these three Outlaw shows in without any conflict,” Dietrich said, driver of the Gary Kauffman Racing/Weikert’s Livestock/Sandoe’s Fruit Market/Pace Performance/Gsell’s Whitetails/Hickory Run Orchards/Drop Of Ink Tattoo/Sweeney Cars/Self Made/No. 48 sprint car. “Anytime the Outlaws come to Central Pennsylvania, you can guarantee a lot of headlines. It’s an exciting time of the year for the racers, as well as the fans. We’ve beat these guys before. I think we can do it again. We’ll see beginning Wednesday.”

The World of Outlaws will continue their first Central Pennsylvania tour of the 2018 season with visits to Williams Grove Speedway in Mechanicsburg on Friday and Saturday, May 18-19. The Friday night segment of the weekend will award an $8,000 top prize, followed by a $12,000 top prize on Saturday. In addition, the Saturday night winner at Williams Grove Speedway will receive a $5,000 bonus and Morgan Cup bragging rights.