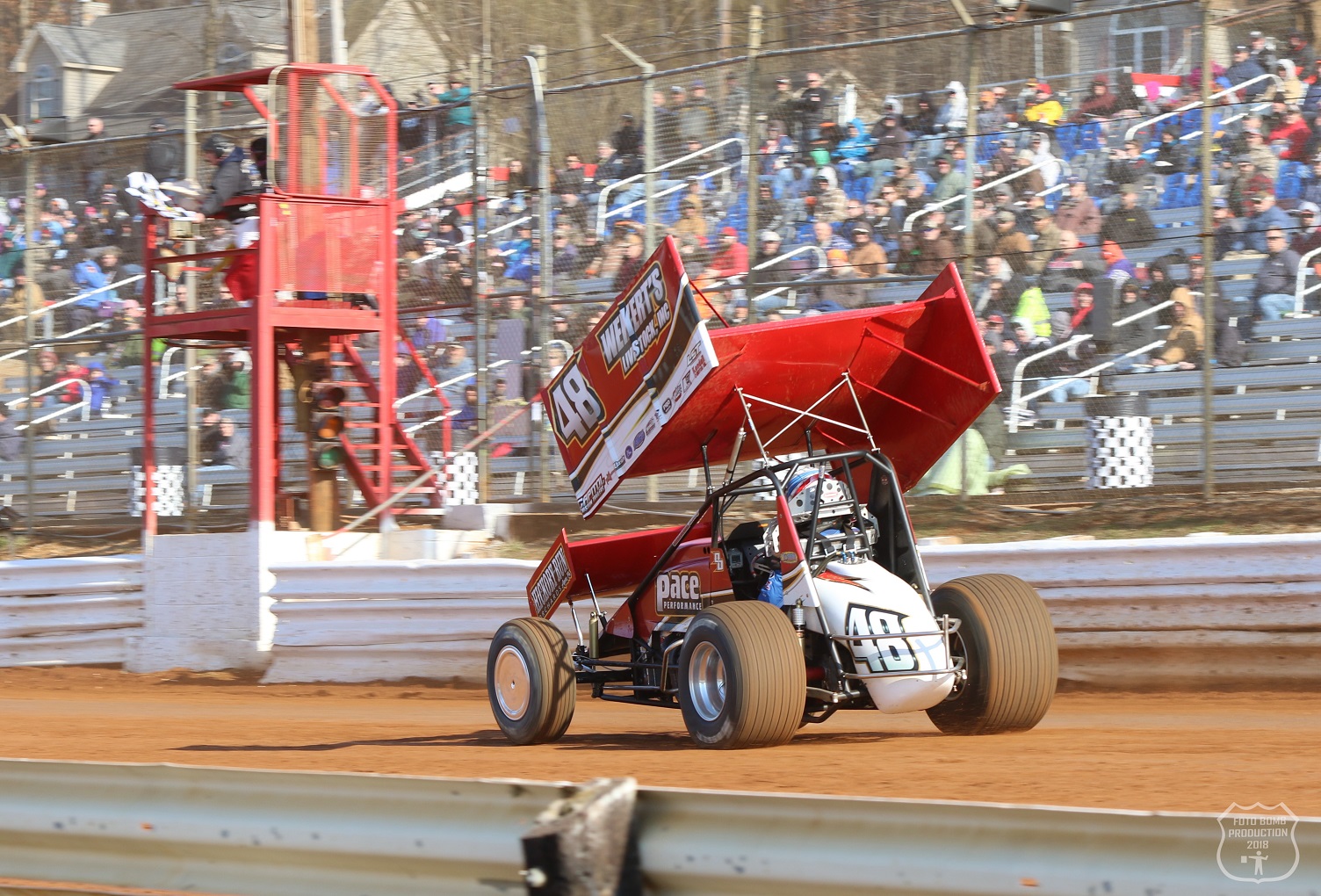 GETTYSBURG, Pa. (April 2, 2018) – After what turned out to be a disappointing evening at Williams Grove Speedway, “Double-D” Danny Dietrich rebounded impressively and scored a podium run at the “Fabulous” Lincoln Speedway on Saturday, March 31.

Raising his top-five total to two thus far in 2018, Dietrich’s podium run occurred during the annual Sprint Spring Championship at Lincoln Speedway, crossing under the final checkers second in the running order after starting in the exact same position. Dietrich, who led the first seven laps of the $5,000-to-win main event before surrendering the top spot, qualified for main event competition by winning his respective heat race.

“We were strong on Saturday at Lincoln. We were just a little short,” Dietrich explained, who pilots the Gary Kauffman Racing/Weikert’s Livestock/Sandoe’s Fruit Market/Pace Performance/Gsell’s Whitetails/Hickory Run Orchards/Drop Of Ink Tattoo/Sweeney Cars/Self Made/No. 48 sprint car. “Brian [Montieth] was good on the cushion. It was going to take a pretty big mistake on his part to get that top spot back. Regardless, I’m proud of my team. We’ll keep plugging away and work towards another win this weekend.”

Danny Dietrich and Gary Kauffman Racing will move ahead and continue competition this Friday through Sunday, April 6-8, with a trio of events in Central Pennsylvania. The Gettysburg, Pa., native will battle at Williams Grove Speedway, Port Royal Speedway, and BAPS Motor Speedway, respectively, during the first, full weekend of April, all before challenging the Arctic Cat All Star Circuit of Champions presented by Mobil 1 during a trio of events the following weekend.

Keep up with Danny Dietrich and Gary Kauffman Racing during their entire campaign right here at the official online home of Fully Injected Motorsports – www.FullyInjected.com. Be sure to also follow Danny Dietrich online at www.dannydietrich.com, as well as on all of the available social media networks including Twitter: https://twitter.com/dannydietrich and Facebook: https://www.facebook.com/GKRracing/. Danny Dietrich/Gary Kauffman Racing apparel is now available and can be found at the track.

2018 Highlights: Earned three top-ten finishes against the Arctic Cat All Star Circuit of Champions presented by Mobil 1 during trip to Florida in early February, all highlighted with a seventh place finish at Volusia (Fla.) Speedway Park. Earned win at Lincoln Speedway on 3/10 worth $3,500. Finished second at Lincoln Speedway during Sprint Spring Championship ($5,000).